Everyone makes a bad decision at some point during their lifetime. Unfortunately some bad decisions are worse than others. That doesn’t mean the men and women responsible for making poor decisions are irredeemable – even when those decisions result in a DUI. 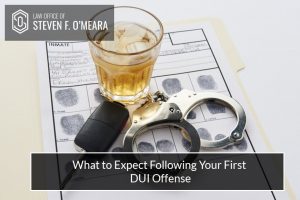 The decision to drive while intoxicated endangers yourself, passengers in your vehicle, and others on the roadway. For this reason, all fifty states have banned the act of driving under the influence. Regardless, many drivers have made the choice to drink and drive. You might tell yourself, “I won’t get caught. Nothing bad will happen. I’m not that drunk.”

At some point, however, the day will come. And you will get caught. When it happens, you’ll need to understand the repercussions of your decision. You’ll also need someone to defend you – someone to convince a judge that you deserve a second chance.

The Legal Limit in Pennsylvania

A variety of factors affect BAC, including:

In other words, there’s no surefire way to “guess” how many drinks you can have without exceeding the limit.

The Penalties of Your DUI

After your first DUI, you’ll face a $300 fine. If you refuse to take a chemical test, you’ll be ordered to use an IID (Ignition Interlock Device). This device will prevent your vehicle from starting if you’ve been drinking alcohol. It works much like a breathalyzer test.

In most cases, you will not face jail time and your license will not be suspended. However, Pennsylvania uses a series of penalty tiers, including:

Under this system, your penalties may increase if you’ve been drinking well above the legal limit.

After your second DUI, the system is less forgiving. You’ll receive a minimum jail sentence between five days and six months, a fine between $300 and $2500, and a year-long license suspension. While your license is restricted, an IID will remain on your vehicle.

If you face a third DUI, you’ll receive a minimum jail sentence between ten days and two years, a fine between $500 and $5000, and a year-long license suspension – in addition to an IID.

The state of Pennsylvania has a “lookback period” of ten years. This means, during sentencing, your DUIs from the past ten years are considered when determining your punishment.

Your first DUI can be a slippery slope. Choose the right attorney to help you get a fresh start.

If you’ve been arrested for a DUI, contact an experienced Pennsylvania defense attorney at the Law Office of Steven F. O’Meara by calling (610) 565-9200. Our team is fully dedicated to your case.

COVID-19 UPDATE 04/01/20
In light of the Coronavirus (COVID-19), all consultations will be conducted by phone, Zoom, or FaceTime until further notice. Please contact the Law Offices of Media defense Attorney Steven F. O’Meara by phone at 610-565-9200 for more information.