Domestic violence is and has always been a significant problem in our society. Only within the last several decades is there any public discussion regarding this issue. 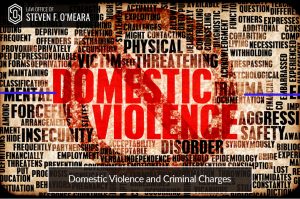 Assault upon a loved one is not always what you see on television and the movies. Typically, its portrayed as a drunken husband hulking over his beating his petite wife for no reason, except to be sadistic.

In reality, domestic violence involves every sex, profession, nationality and creed. It does not matter who you are or how you were raised. Who are the defendants named in domestic violence cases? They can be the man or woman who just lost their job, thinks their significant other is cheating on them or just drank too much and gets into a fight with their spouse or friend.

Or defendants can and have been doctors, lawyers, politicians ( like Rob Porter), NFL players and professional athletes, movie and rock stars and of course any of the Kardashians.

Money, or lack of money, does not always figure into domestic violence. Gender also is questionable. I have represented numerous woman charged with domestic violence upon their significant other. At this writing, I have two clients who are women and they are charged with violent crimes against their spouses.

Once the Police are Called…. the Courts Get Involved

When the police arrive and knock on your door, it’s because someone called them and requested assistance. Police take domestic calls very seriously and arrive in force with typically more than two officers. It does not matter that no one wants to make a complaint. If they see either party injured, someone is going away in handcuffs. More times than not both parties leave with the police. The days of the police requesting that one of the parties leave the dwelling for the night to ‘cool off’ are gone. Too many people have been hurt after the police leave.

Charges filed against the defendant are varied:

Even though no child was physically injured, a defendant may be charged with child related offenses. Their mere presence in the house might trigger criminal charges!

Once charged, it is absolutely imperative that you call our offices so we may contain and mitigate the penalties you are facing. Hiring an attorney is not an expense you ever anticipate, but when you are in trouble and you are facing a potential conviction, jail time and probation, it is a necessary expense. With proper counsel we can ‘nipthese problems in the bud’ and control the situation.

Even if your spouse or significant other does not wish to pursue charges. It does not matter. The Commonwealth is charging you with a crime and the police are the witnesses. Only the District attorney of your county may withdraw any charges.

In any criminal matter there is never a 100% guarantee. It depends on the facts and injuries, if any, to the victim. But it is so important for you to call our offices and be represented by an attorney with 25 years’ experience in all types of criminal matters.  Please call the Law Offices of Steven F. O’Meara at 610 565-9200.

Need a Defense Lawyer? Your Initial Consult Is Free

Do you need to speak to an attorney?

Please fill the form below. Our counsellor will contact you shortly.